Before having a baby, I always had heard how little sleep you get once you become a parent, and that knowledge still could never have prepared me for just how hard and sleepless the newborn stage is. That so tired that you can’t put sentences together or even walk straight feeling was rough and once my little man finally started sleeping for longer stretches it felt like a damn miracle. That first night where he slept for a 5 hour stretch felt equivalent to a spa weekend in how revitalized I felt. And at 5 months, when he began sleeping 12 hours stretches at night, I thought my sleepless nights were at long last over.

That is, until I found out about sleep regressions.

The 4 month sleep regression only lasted for about a week, so it wasn’t too bad. However, the 8-9-10 sleep regression became my living nightmare. Around 10 months old, Ezra started waking up every night, often more than once a night, and this went on for TWO MONTHS. And while I wasn’t as zombie like as I was during the newborn stage, I also didn’t have the luxury of only having to take care of a potato like creature that slept the majority of the day. Nope, now I had to combine sleepless nights with long days of taking care of a very on the move almost toddler. It was exhausting enough on its own, and also happened to coincide with my husband being out of town for almost 3 weeks, leaving me with no real breaks. I had many 8pm bedtimes and lots of glasses of wine.

During the middle of my husband being out of town, I had just HAD IT with getting up in night and I was so tired that when Ezra awoke once again at 1am, I lost it. I yelled at him and picked him up a little more roughly than was necessary. The next morning I felt absolutely awful and totally ashamed that I had responded to him in that way. That’s when I realized that while he was not going to be out of this phase anytime soon, I could control myself and the way I reacted to this stage. 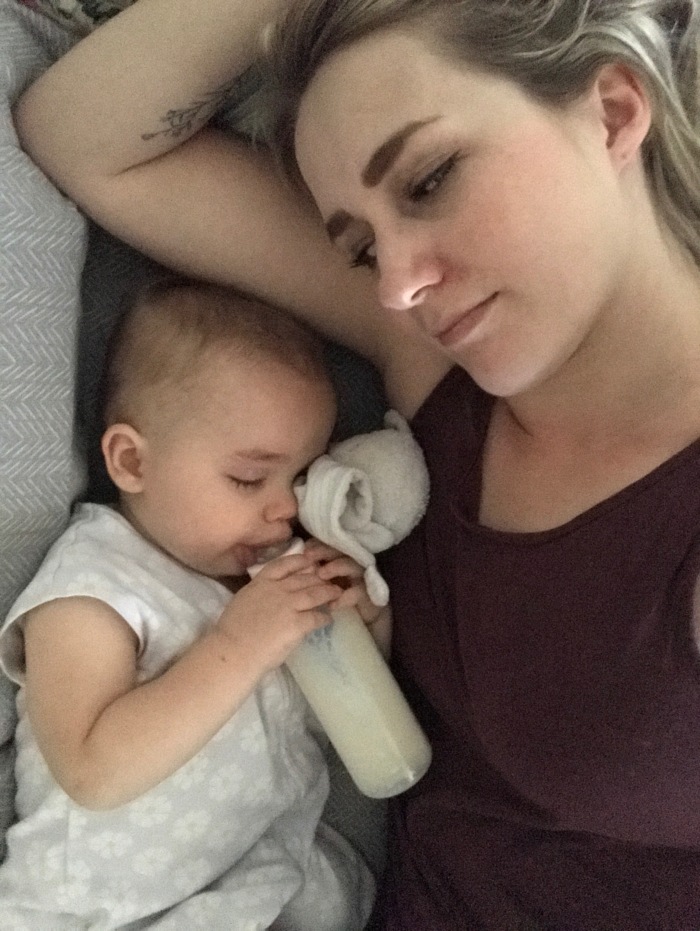 Realizing that he wasn’t purposefully trying to keep me up and understanding that he was going through some crazy developmental changes really helped me to alter my perspective on the regression, and in doing so, bettered my response to his nighttime wakings. I had to realize that what he needed most during this difficult time was love and comfort from his mama – it’s hard to learn how to walk for the first time, which is what this whole regression led to!

And just like that, my attitude about my lack of sleep completely changed. Telling myself, “You will be getting up during the night and it’s fine,” instead of saying, “I hope he sleeps through the night tonight,” completely shifted how I approached those late night cries. And though I was still having to get up in the night, I was no longer as upset about it, making getting through that rough period a whole lot easier. Also coffee. Always coffee.